Nobody ever said working in a hospital was easy, but you shouldn't need to be a triathlete. Certainly not if you just want to look at your schedule.

Yet that was exactly the situation Jason* found himself in.

Some mornings, he literally found himself racing from the MD locker room to the resident cafeteria and back around to the nurse break area, just to view the different schedules.

Each was printed out on paper and posted on a bulletin board, so physically going to each room was literally the only way to see them.

Of course, it goes without saying that all that running around was very time-consuming - not to mention a big inconvenience. As a result, people only made the dash when absolutely necessary.

Most of the time, everyone just resigned themselves to finding out who was scheduled when they showed up to work.

Unfortunately, that was also the way Jason would find out if they were short-staffed.

Short-staffing resulted in a lot of last-minute scrambling to find a provider who could come in. Sometimes, locums would be called in, other times providers would be asked to work overtime. Either way, the situation needlessly added to the hospital's operating costs.

Far worse was the fact that short-staffing created delays that could impact patient care.

It was these situations that led Jason to take stock of their scheduling needs - and the number one priority was to pull all the schedules into one place.

Physician scheduling can actually be convenient.

By making the switch to OpenTempo physician scheduling software, Jason gained a fully transparent approach to scheduling, and he could now view the schedules in any combination.

Just need to know where the doctors are scheduled? Easy. Need to see how the CRNAs and residents are staffed? No problem.

He could even get as specific as he liked - clicking, for example, on the 7:00 am Heart Start view to see who was on that day's team.

The providers loved the accessibility of the new approach, since they now had a better idea of what to expect throughout their day, and they liked knowing who they would be working with.

Best of all, Jason found he could flag short-staff situations before they happened.

This had a lot of pluses. It helped:

And no one needed to train for a triathlon anymore just to view the schedules! 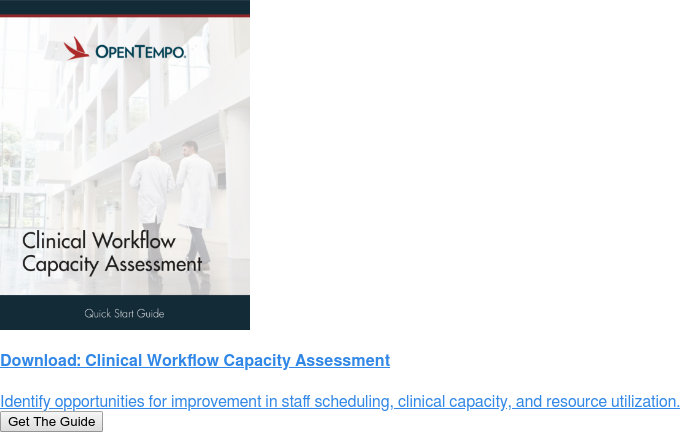 *Names and details in this post represent several of our customers who have come to us for help with this same situation. Photo Credit: http://ironstruck.com/

For blog updates, submit your email address below.

Check out our Blog

Read our blog to keep up to date with OpenTempo

Hear from our customers and our experts in our upcoming webinars